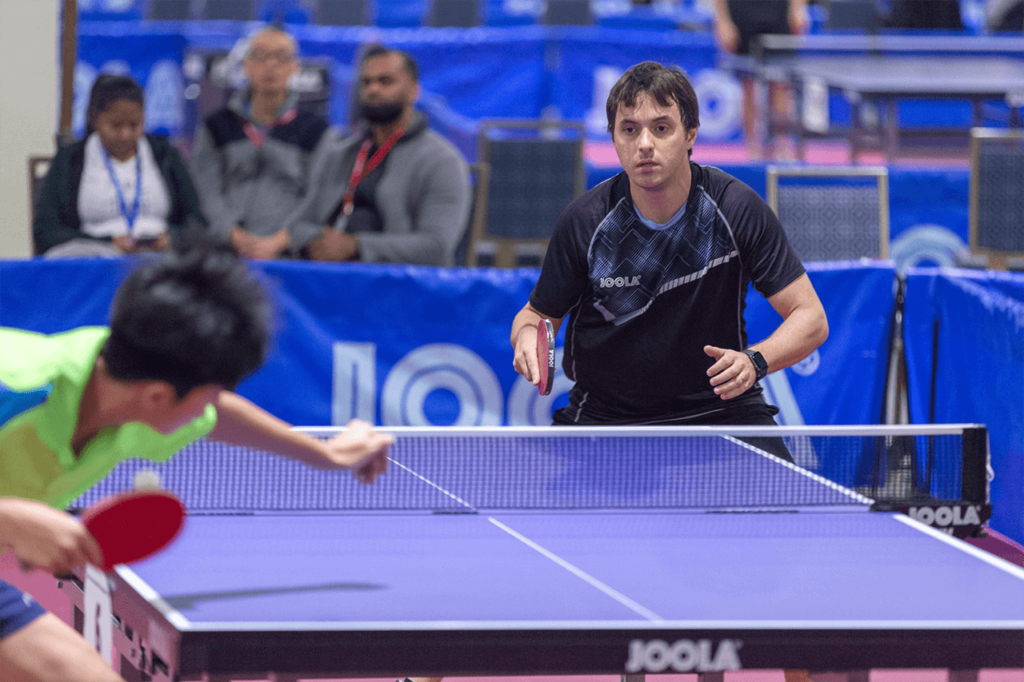 This article was written by Vikash Sahu and Rajko Gommers

Service and receive are at the essence of competing at a high-level in table tennis. When receiving, a core principle is that you have to understand (1) which kind of spin is on the ball and (2) how much of that spin there is. For point (1), this commonly involves distinguishing between underspin or topspin, so that you know which stroke should be used to make a quality receive.

For example, when receiving a short serve, knowing whether the serve is underspin or topspin will influence your decision to either flip or push in return. It is well-known that in order to distinguish the direction of spin, you have to carefully watch how the opponent contacts the ball, paying attention to things like which hemisphere of the ball is contacted, as well as the racket angle at the moment of contact.

But what about when you cannot make out the contact well? What do you do against serves you are unfamiliar with, where you cannot see contact, or, alternatively, against serves which have variations in contact that are so subtle, that you have no idea what spin it is?

Today we will present some tips that we have found useful, to improve your receive in these kinds of situations — when you are faced with a lot of uncertainty regarding the opponent’s serve.

1. For a high-toss serve, don’t watch the toss. Watch the opponent’s racket.

Be aware that with a high toss serve, the ball is traveling faster when it sinks into the rubber, which allows heavier spin. If you track the ball with your eyes for the entirety of the high toss, it can be a bit harder to focus your eyes during the exact moment of contact. One tip which may be helpful is to instead focus directly on the opponent’s racket while you wait for the ball to come down.

2. Listen for the sound.

This is quite an abstract tip and is a bit difficult to explain. But the fundamental idea behind this is that it’s easier to determine how much spin is on the ball by hearing how ‘thick/thin’, or how ‘hard/soft’ the ball has been struck. This is analogous to the difference in sound between, for example, a forehand counter (drive) and a topspin. The ‘thinner’ or ‘softer’ the sound is, the more rotations the ball will have, and the same is true of the serve too, so you can incorporate this into your judgment.

Even if you can’t make out what spin is being put on the ball by the contact itself, you may be able to discern that an opponent has a ‘tell’ or ‘giveaway’ for a certain kind of spin. An example of this is an opponent who lifts their elbow immediately after contact with their reverse pendulum topspin serve (and for an underspin serve, their elbow remains low after contact). Even though it is not directly related to the striking of the ball itself, if the opponent has tendencies like this that you can spot, you can still be confident in your judgement of the spin on the ball.

Another common example not related to spin is when an opponent will toss the ball higher than they normally do, have a larger backswing, and not stomp their foot when serving long.  As a match progresses you normally get a feel for a person’s routines before serving, as well as the rhythm of the serve itself. From this you can realize certain tells like explained above that belong with a particular kind of serve. Nobody has a totally neutral service routine with which he can play all kinds of spin variations, so determining what spin or depth can be a result of what specific routine can be very helpful in creating a high quality receiving stroke.

There are a few components to this idea. The first is that by waiting, you give yourself more time and a better chance to identify characteristics that may indicate the spin to you. The second component is about watching the bounce itself. A ball with a lot of underspin will slow down after its second bounce on the table, while a ball with a lot of topspin will move relatively faster. By the same idea, an underspin serve will tend to have a lower arc in its path over the net, while a topspin serve will have a relatively higher arc. All of these things are useful visual cues that you can use to judge the spin.

5. Guess, but have conviction.

If you guess what kind of spin there is on the serve correctly, but are unsure, your return may be weak enough that the opponent can still score fairly easily. In the face of uncertainty, don’t just think about getting the ball back on the table, but also the aspects of quality such as placement and depth. You may still be able to set yourself up well.

When in doubt, seeking to be aggressive and attacking the serve is not a bad idea. As an example, when the serve is long or half-long, you should most likely attack it. Regardless of the kind of rotation, it has to be overcome by being aggressive. Playing it safe will only get you so far, especially against a stronger opponent. However, it is also important to judge for yourself what level of risk you are comfortable taking in the match. 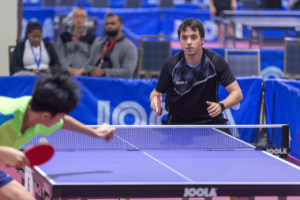 This article was written by Vikash Sahu and Rajko Gommers Service and receive are at the essence of competing at a high-level in table tennis. 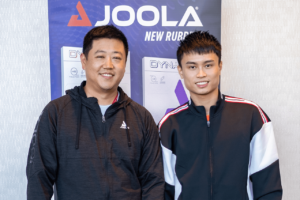 The World Table Tennis Championships in Houston, USA concluded with JOOLA ushering in an exciting new member of Team JOOLA: Rising star of the Chinese National Team, Zhou Qihao. An emerging name in the world of table tennis, Zhou signed an equipment sponsorship contract with JOOLA and has chosen 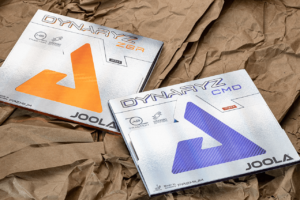 The new Dynaryz rubbers are already out. They are improved versions of the first two Dynaryz rubber variants, and have been tweaked to suit more